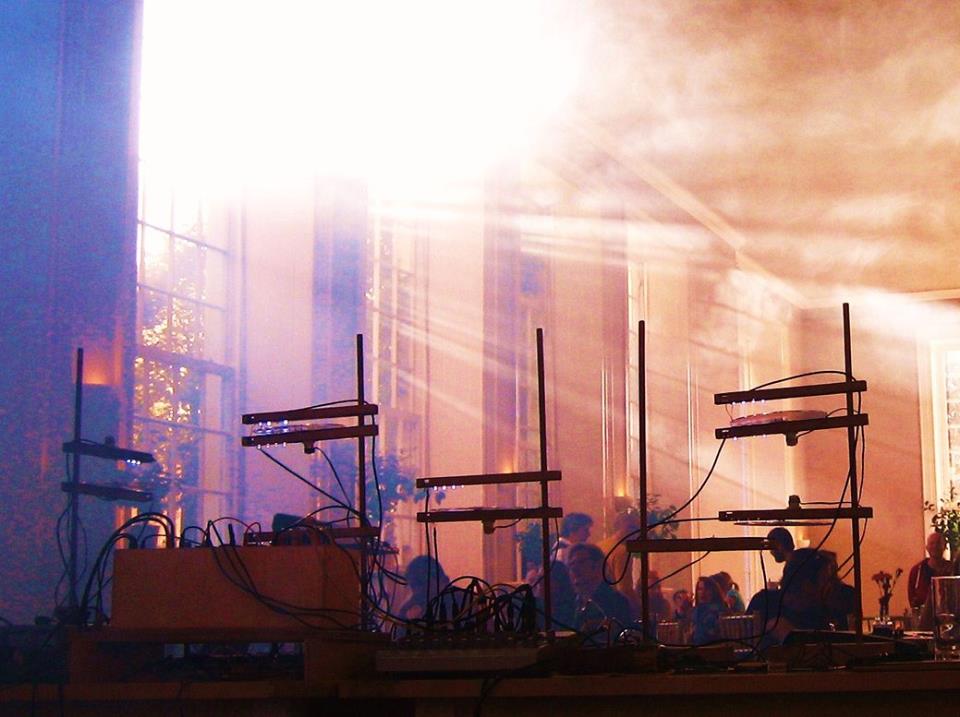 The Optikit is a light based modular synthesisor that uses spinnging cut paper disks to produce tones, beats and mixing control.  It can be used either in a performance or run autonomously as an installation.

OptiKit was commissioned for Supersonic Festival for the exhibition  'All Ears: An exhibition of new works responding to innovations in early music technology'. 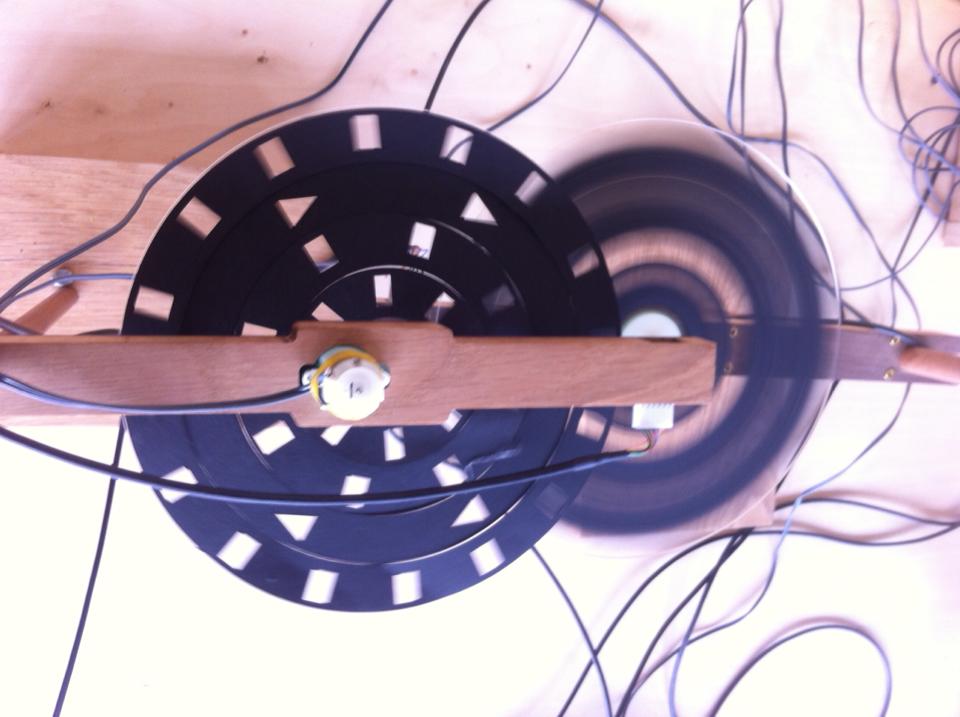 We combined ideas from the Symphonium music boxes in the Birmingham City Museum Collection with more experimental techniques of optical sound developed in Russia during the early 20th century such as the Variaphone and the ANS Synthesiser. The Symphonium music box was very fixed in its musical remit. The notes were set to a western scale and the sequences on metal disks, hard to change. In response we are developed a music box that can be reconfigured in a multitude of ways. Assembled from a bespoke kit of paper discs, synth modules, motors and fixings, Owl Project’s Optikit generates endlessly changing beats and rhythms.

The mechanisation of sound creation began as soon as technology allowed it. In the nineteenth century, mechanical musical instruments such as barrel organs, symphonions, orchestrions, euterpeons and miniature music boxes proliferated. Equally marvelled at and loathed for their tinny, repetitive reproductions of classical pieces and show-tunes, these programmable machines can be seen as the ancestors of today’s electronic and digital instruments. 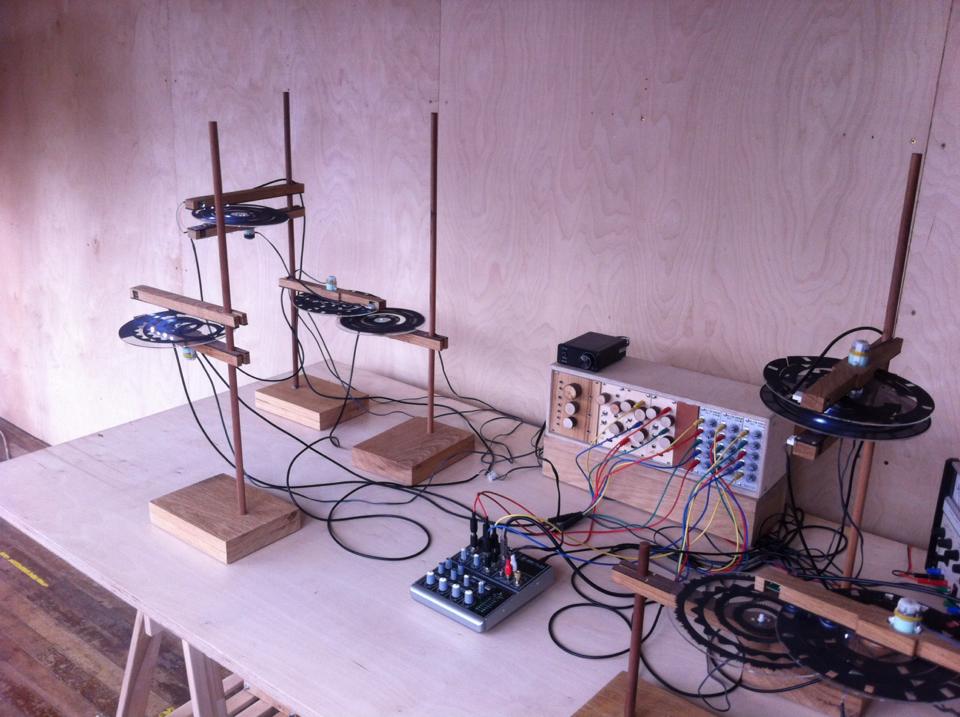 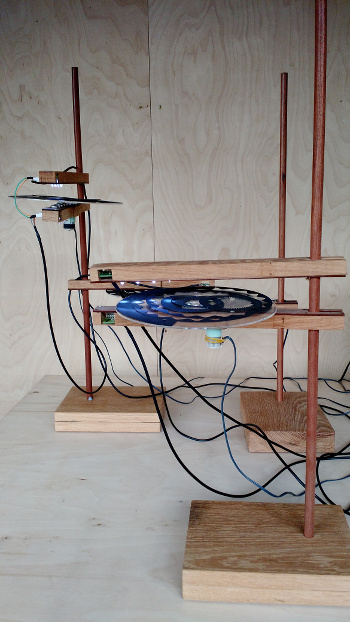 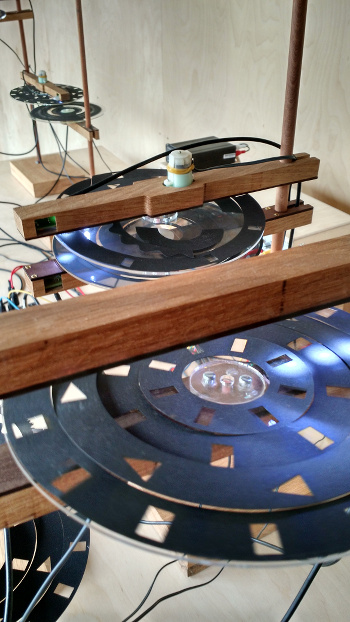